This article has been created using data from https://bloxbunny.com which is a tool that provides market insights and revenue estimations for all Roblox games.

Roblox is a global platform where millions of people gather together every day to imagine, create, and share experiences with each other in immersive, user-generated 3D worlds. The types of gameplay on Roblox are just as limitless as the imagination of the creators themselves.


All the online games you see on the platform have been built by members of the Roblox community for members of the Roblox community. Players can build the ultimate theme park, compete as a professional race car driver, star in a fashion show, become a superhero, or simply design a dream home and hang out with friends. Roblox is free to download and free to play on all modern smartphones, tablets, computers, Xbox One, Oculus Rift, and HTC Vive


What are the most played games on Roblox? 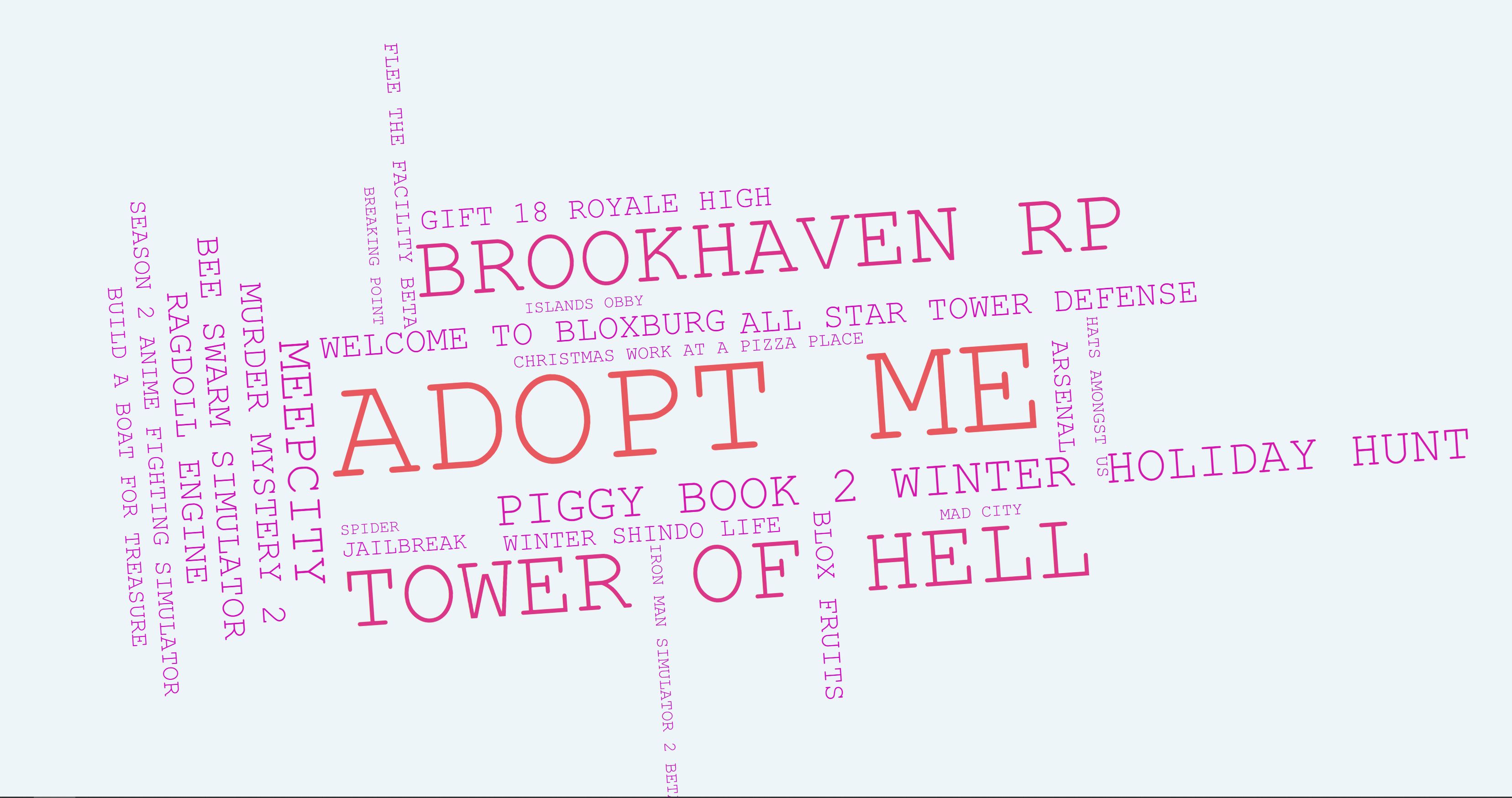 by Dreamcraft has been the number 1 game on Roblox in 2020. While the world went in lockdown, Adopt me has earned a big market share by becoming the go to place for kids and teenagers to meet and interact in a digital world.

the previous number 1 game on Roblox, suffered a lot once the team behind Adopt me! Managed to nail the social aspects of through which Meep city was able to maintain its popularity in the last couple of years. Even though it is not so popular as before, it still has a massive user base. The rise of Adopt me! proved that for the time being, Roblox has only room for one game that can be used as a playground by the huge audience Roblox has. It will be interesting to see if this will change in the future and Roblox will be able to create room for 2 huge social games.

is another game that gained a lot of traction and managed to overcome Meep city in terms of total plays using its fast to the fun and very simple mechanics. Even though its popularity seems to be going down, it will continue to be one of the most played games on Roblox.

has been the second game that has earned a lot of popularity in 2020 (especially in the first part of the year) and took a big market share on Roblox. The game took the world by surprise with its massive and fast growth and it still continues to be one of the trending games on the platform.

Bloxbunny is an awesome tool that will allow players, developers, gaming companies and people interested to invest in Roblox to understand the details of the platform. Bloxbunny.com is not affiliated to Roblox in any way. The data is being collected from the Roblox platform and using our own algorithms we are able to provide revenue estimates

Visit https://bloxbunny.com, create an account, buy a membership using Patreon and you will get the needed access.

We are passionate about empowering developers reach success.